I am happy for you that you got the invitation to an International Job interview because of your sincere work and the awesome resume. Now you got the chance to join your dream job. As a professional resume writer, I know how hard it is to get such chances. Interviews are the hardest thing you have to face while hunting for a job because other tests and qualifications can be cleared by practice. But interview skills are hard to achieve, even after you attend many seminars and webinars on it. In this International interview preparation guide, I have mentioned some international interview tips that you must check before going on the journey. So without further adieu, let’s get into the topic.

What is an international interview and how it differs from others?

There are many similarities between normal interviews and International interviews. The motive, expectation, and the questions asked are similar most of the time. Read the ultimate job interview preparation checklist for the most common things you need to check before any interview.

Though there are many similarities between them, still there are some differences also. Before getting into that you should know what types of interviews are considered as International interviews and various forms of conducting them.

Normally International interviews are held in the face to face method. For some jobs for which the Geographic location of the candidate is not important. They are held through telephone, Skype, or other channels of video chat and through other online methods. There are some telephonic interview tips that may help you.

Ok now, let’s see the differences in International Interviews. There are different languages and cultures for different commodities.

People around the world practice different cultures. It’s important to know the host country culture and the company’s culture to succeed in the interview. It not only helps the interview but also your living in the host country after you get the job. Here is an example of cultural differences:

The above said are just a few examples of cultural differences. There are many like using surnames, usage of Block letters in the email, etc…

Many corporate countries are adopting the western culture so now the cultural differences will not be the major drawback for the International Interviews.

Though many international interviews are made in English, it is better to know some foreign country languages. It will help you to communicate with the people who live there. Language differences are now eradicated by translator apps and gadgets. 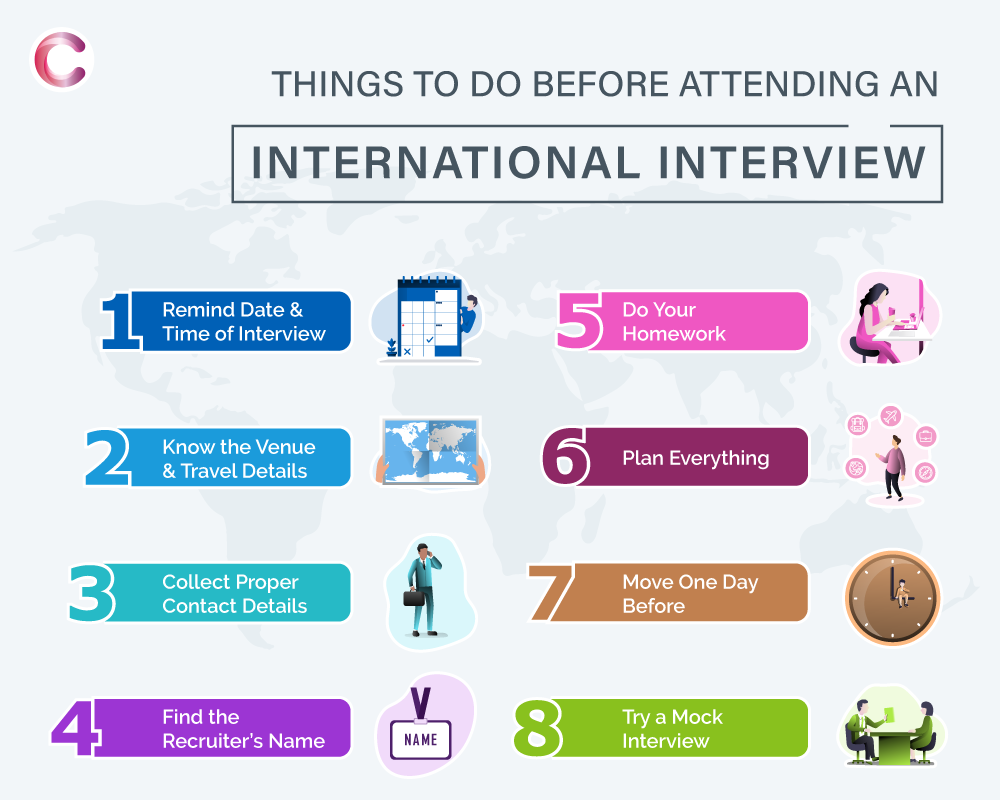